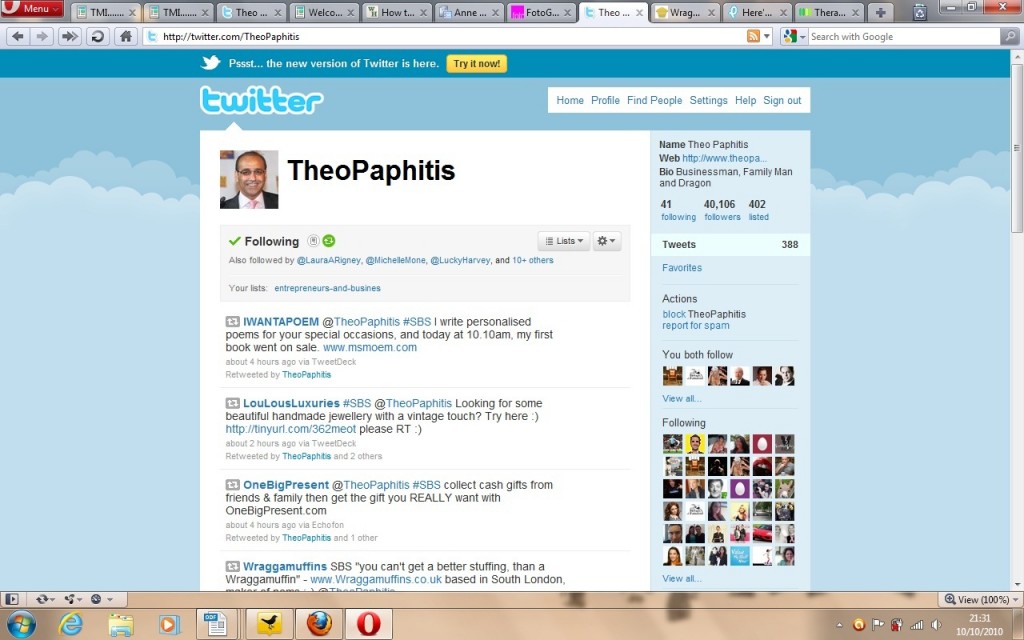 Via the medium of Twitter, with his hashtag #sbs.

I sent over my best offering, wondering if he would retweet this

And lo and behold, Ms Moem was mentioned by the fabulous .

His concept is simple, but for us it’s a treat;

Add #sbs to your tweets, to participate in Theo’s mission.

And already I can feel an overwhelming wave of good luck!

Now as you can imagine, I am bouncing with glee

So on the behalf of all small businesses, I’d like to say thank you Mr P! 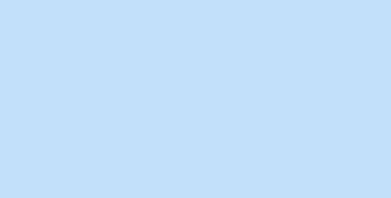 Stop the press! Everyone look!
Today sees the release of my very first book. 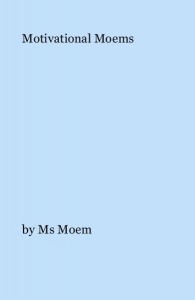 I’ve chosen today because of the magical date
And my book has been designed to inspire and motivate.

It is crammed with 26 must-read poems
All crafted at the hands, of me, Ms Moem.
I’d be delighted if you would give it a read;
I also hope it will motivate you, just when you need!

Motivational Moems is the book you can’t do without,
And it will help you to feel inspired, of that I’m in no doubt.
It is the little book that is big on inspiration
And if you ask me nicely, I’ll even do you a dedication! 😉
You can buy your copy of the book of Motivational Moems here, by paying via the Buy Now button below. Your order will be dispatched on or around the 25th of October, but pay today to save 10%.*

I wrote poems about the X Factor, last year, on a whim

So I’m doing it once more, as the live shows begin.

I’m thrilled that it’s back, and it’s hit the ground running

With the contestants and judges, the entertainment is stunning.

Now the selection of the artists, was particularly hard

So this year each section has been allowed a wildcard.

Twelve originally went through, now we have sixteen,

Eager and talented acts, ready to fulfill their dreams.

It is two and half hours of absolute pleasure

Add a generous dose of Dermot; just for good measure.

All singing and dancing, with lasers and lights;

But which two acts will have their cards marked, by the end of the night? 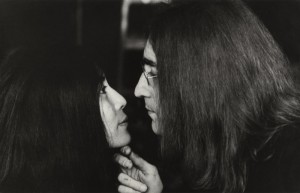 After today, the 8th of October, two thousand and ten

One person’s life in Britain, will never be the same again.

And that’s because something happened, which I think is rather nice;

They won the Euromillions, all one hundred and thirteen, to be precise.

The ticket was bought in Britain, that’s all that we know

And there’s no guarantee, that in public, they will ever show.

It might not be that hard to spot, if they suddenly buy a personal jet

I’m sure I’m not the only one wondering, if it’s anyone I have ever met?

And as they crack open the Cristal champagne, let’s all toast to their good health!

You are only 3 steps away from having your very own personalised poem, written by Ms Moem, delivered digitally to you by email and physically sent to you as a unique linen print.

Step one: Complete this simple form.

Make your payment. (Please note, no work will begin until I am in receipt of your cleared funds)

Receive your personalised poem by email within 48 hours. For your print, please allow up to 14 days for delivery. 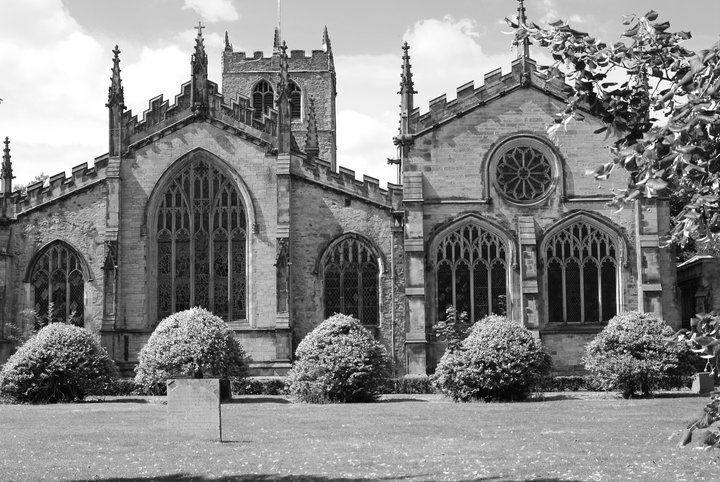 If this Parish Church had a tale to be told

It would start with an aisle, over 800 years old.

Subsequent aisles were added to it’s side

Until eventually, it finally had it’s total of five.