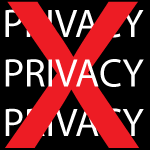 That’s it. The Duchess of Cambridge has no privacy left.
An unethical paparazzi, is exposing the Royal treasure chest.
I find it quite abhorrent, that Catherine’s private holiday time
Has been violated in this way & is about to be published online.

She is young & newly married, & was with her husband in France
When someone with a long lens, decided the capture was worth a chance.
She has a very public role, but does that mean she can’t be free
To sunbathe topless if she chooses, especially when she thought no-one could see.

It follows on from Harry’s naked scandal, and it is really just a shame.
If only the ones with the cameras, had a heart and felt the same.
I really feel for the Duchess of Cambridge, though nothing but dignity will be shown.
Let William and Catherine have some privacy; for goodness sake, leave them alone!