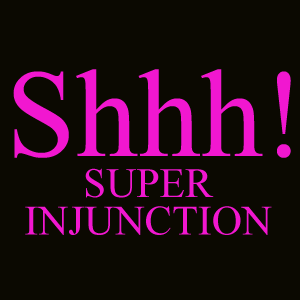 Super, simply super, there is gossip on the loose;
Oh, hang on, no, a super injunction is silencing the truth.
What is a super injunction? Well, put as simply as I can
It’s keeping the secrets of the rich, safe from the common man.

Not sure I see the point in them, as it simply fuels speculation
So now far from being secret, it’s talked about across the nation.
So my advice to these chaps would be, rise above your manly functions
And consider whether a one-night-stand is worth the need for a super injunction.

*UPDATE* The subject of the superinjunction has been left feeling bitter
After his privacy was compromised through the wonder of Twitter.
This highly speculated superinjunction proved to be of little use
In fact it was almost the equivalent of putting his head a noose!