Just heard the sad news about Victoria Wood. Someone posted about it in a group on Facebook. Of course, death is a horrible, gut-wrenching kick in the teeth always but to be taken by surprise and hear of the loss of one of Britain’s true treasures of tv, comedy and a constant fixture of our lives growing up, it almost feels like losing a family member. 62 is no age at all. 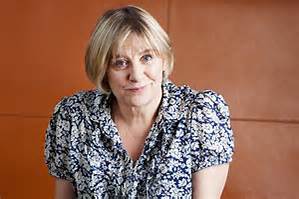 I feel like I want to rewind time and have a bit of forewarning so we could all tell her just what an impact she has made, and say thanks for the laughs. Not that I knew her personally of course, but you did feel like you really knew her. And she wasn’t showy and flashy, just down to earth and absolutely hilarious!

Victoria was Northern, and proud of it. Born in 1953, she would have been roughly the same age as my Mum, who I sadly lost 5 years ago. She reminded me a lot of my Mum actually. Probably less because of their same warm grins, blue eyes and blonde hair, and more because of the years we spent singing her songs together, or doing our own parodies of her genius writing.

“What are you cooking? Food?” – a line from her hit show Dinnerladies. 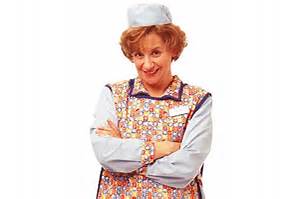 I can quote most episodes nearly word for word, such was her talent. Always delivered laugh after laugh, no matter how many times you’d watched them.

And of course that was long after the likes of Acorn Antiques, and As Seen On TV, and her Sold Out stage show, again, lots of which I can I ad lib because I had seen them so many times.

Pat and Margaret was another of her classics. Her working partnership with Julie Walters was something that always shone and they both spoke very highly of each other, in all interviews that were aired. And there was real magic when they appeared on screen together. The two of them serve as fabulous examples of funny, talented women with amazing careers who made friendship, respect and collaboration their cornerstones.

Later on, I enjoyed watching her in things like The Borrowers and Housewife 49.
It was basically a case of “Oh it’s got Victoria Wood in it? I’m in!”

One of my favourites was Reincarnation ~ again the words inscribed on my brain since I first heard it in the 90’s:

And bear in mind, we didn’t have hundreds of channels and new stuff popping up regularly. We’d video our favourites and have them on repeat on VHS. Well, once you’d re-wound them.

I could ramble on all day here, singing her praises and remembering an almost purer day of comedy but I think the web will be flooded with social commentary as I reckon she meant a lot to most of the nation, so I’ll wrap it up.

She was just really funny and warm and to think that she is now gone, as well as a being a stark reminder of our own mortality, is truly saddening.

I won’t write a poem, but instead, to paraphrase W H Auden ” Pour away the ocean as we say goodbye to Victoria Wood, for nothing now can ever come to any good.”

Thanks for the laughs. Sleep tight.