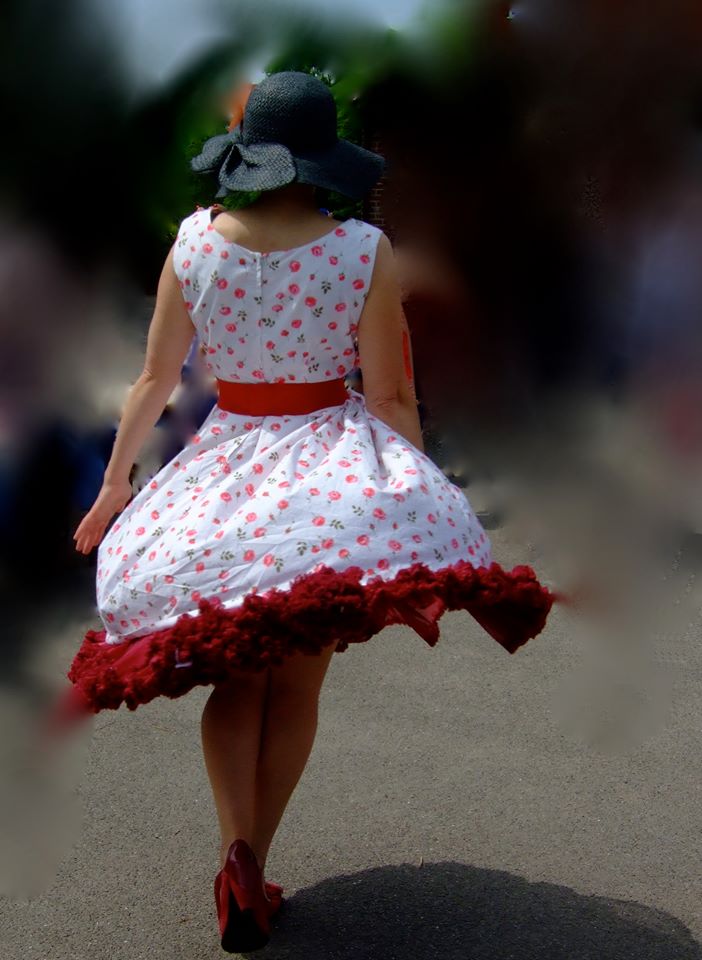 This is a very exciting week for author, Elisabeth Hobbes. Friday sees the release of her very first novel, Falling For Her Captor, published by Harlequin Mills & Boon. Elisabeth won a two book publishing contract following an entry  submitted to So You Think You Can Write! – an annual writing competition run by Harlequin, the publishers. 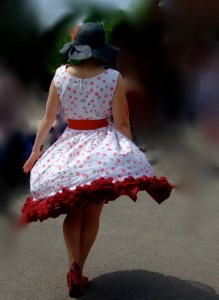 I caught up with Elisabeth for a quick interview to find out a little more about her writing career and I’d love to share it  with you!

How does it feel to be a published author?
It feels wonderful, though still not entirely real. Even though I now have a huge box of books in my living room I can’t quite believe that someone is paying me to share something I loved doing. Every step of the way from the initial call onwards has been exciting and a real learning curve. I’m also pleased that I can now legitimately ignore the housework for a while and write.

Have you always wanted to be a writer?
I’ve always enjoyed writing in one form or another. As a child I used to write adventure stories involving my friends and family and when I became a teacher I enjoyed the creative writing part of English lessons and seeing the response from the children when I invented stories (I have a couple I’d love to see in print one day). I never thought I’d end up writing romance though, in fact people who know me would probably say I’m the last person they would expect to do it.

How did you get started?
My husband was working away and I was at home alone with two small children. I needed something to keep me busy rather than slumping in front of the TV once they’d gone to bed. After a conversation with a friend about whether it was easy to write a romance novel thought I’d give it a try. I posted the story a chapter at a time on Wattpad where it received enough positive comments to keep me going and it gradually expanded into a fully blown novel.

Where do you write?
I’d love to be able to spend more time writing than I do now but real life has a habit of interrupting. Because I have youngish children have to grab moments when I can. My favourite time for editing is with a cup of tea before anyone else wakes up in my favourite armchair with a cat on my lap. When I really need to get on with a chapter I go to a café or the library- anywhere where I won’t be able to get onto the internet!

Where did the inspiration come from for Falling For Her Captor?
I grew up in York which is a beautiful medieval city so was immersed in history from an early age. I spend a lot of time visiting castles and stately homes and wondering who lived in them. I wanted to write a heroine who was the archetypal damsel in distress but who was more than capable of holding her own so I had to put her into a situation where she would need to do that. I also wanted to explore the themes of trust and loyalty so having Aline fall for someone who may or may not be loyal to her enemy gave me that. 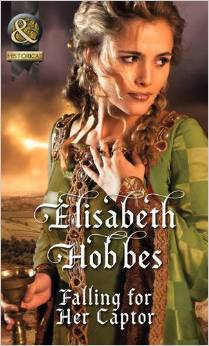 Sum up your first novel in 5 words.
Shorter than Game of Thrones!

Sorry, I couldn’t resist. Falling For He Captor is medieval though and involves an ambitious duke trying to gain power though abducting the heiress to the throne. The comparison ends there though. There is a lot more romance of course but the characters are still faced with danger and have to choose between loyalty and personal desires. I was almost finished writing this when the first series came out and I loved the scale and worldbuilding of it. I know most people think of Regency romances when they hear the word ‘historical’ so I hope the popularity of GoT will tempt people to pick up another medieval book.

Have you any more books in the pipeline?
I’m writing my second book at the moment for my two-book contract for Harlequin. It’s another medieval romance. I know what I’m writing after that and have the general synopsis worked out for it. After that things get a bit more vague. I have a two-paragraph idea and a one-line note for books four and five. I hope I’ll get the chance to write them but that will all depend on how many readers I get I guess!

What tips would you give to would-be authors?
Write a lot, whenever you can. It’s better to get anything down on paper and delete it all a day later than not start in case it isn’t any good. Join a writing group or website and try get some critique. It’s nerve-wracking to put your work out there for people to read but finding out what readers think is the only way to improve. Planning helps too but I don’t always stick to what I’ve written.

Persuasion by Jane Austen. Captain Wentworth’s letter to Anne is one of the most romantic passages ever written. I read it around once a year and notice something new each time.

The Silver Pigs by Lindsey Davis. I’m cheating a little here as I’d like the whole series if I was being greedy. It’s a book I picked up when I was around 14 and it immediately set the bar for historical novels and tough heroes with a soft inside.

Three Men in a Boat by Jerome K Jerome. One of the funniest books I’ve come across. The use of language is so precise and no words are wasted.

I have a Facebook page https://www.facebook.com/ElisabethHobbes and a blog http://elisabethhobbes.co.uk

I’m on Goodreads too https://www.goodreads.com/author/show/8390155.Elisabeth_Hobbes for anyone who wants to ask me further questions (or leave me a review when the book comes out).

Falling for Her Captor can be pre-ordered via the Mills and Boon website http://www.millsandboon.co.uk/falling-for-her-captor or via Amazon http://www.amazon.co.uk/Falling-Captor-Mills-Boon-Historical/dp/0263909891

So a big congratulations in advance to Elisabeth ahead of the release of Falling For Her Captor, on Friday the 3rd of October 2014 and here’s to the start of a lengthy and profitable writing career!

One thought on “An Interview With Elisabeth Hobbes”