From two considered, at points, obsessed 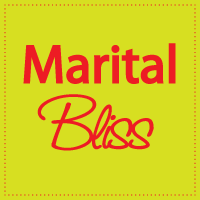 To co-habiting duellers, estranged, at best.

How does it turn from A to B
On the road past holy matrimony.

Once were cuddles, chats and plans
Now snarls, and stares and final demands.

Amidst the chaos of family life
You lose the lust of husband and wife.

Both too tired, cracks will form;
In a surge of passion, baby’s born.

Two years later, adults barely alive
Another pops out; will we ever survive.

Repeat that pattern, until you are bored
Or until you’ve had as many as you can afford.

Then think back with glee to day’s long gone by
When it wasn’t us, we or them, just simply you and I.