I got a lovely email from a lady who wanted to know if I thought it was worth her while to publish some books she’d written and to try and make a go of making poetry her living.

I’m not really a careers advisor, so I decided that the best response would be a poem. Here it is! What do you think? 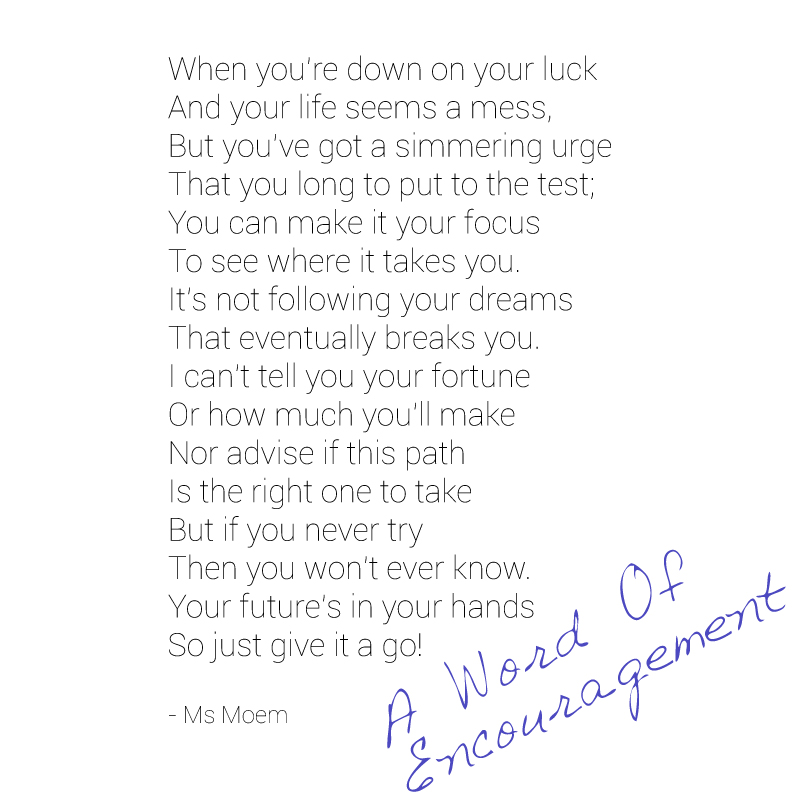 A Word Of Encouragement

When you’re down on your luck
And your life seems a mess,
But you’ve got a simmering urge
That you long to put to the test;
You can make it your focus
To see where it takes you.
It’s not following your dreams
That eventually breaks you.
I can’t tell you your fortune
Or how much you’ll make
Nor advise if this path
Is the right one to take
But if you never try
Then you won’t ever know.
Your future’s in your hands
So just give it a go!

A Word Of Encouragement is a poem written by Ms Moem.

Please do feel free to share my work as long as you credit me and link back to this original post! 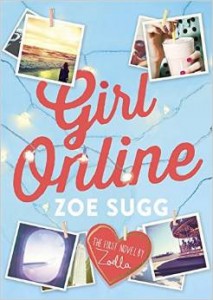